BLOG: How European cross-border cooperation is fostering the green transition in the Channel area 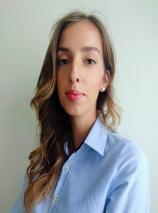 This blog is written by Alessia Baratto, Interreg Volunteer Youth (IVY) reporter. Views expressed in this blog are the authors own.

From flash floods in China and Europe to wildfires in Greece and Italy, drought in North America, summer 2021 has provided worrying evidence of the disruptive consequences of global warming, with scientists warning that climate change is advancing faster than expected.

Last month, the latest report by the UN's Intergovernmental Panel on Climate Change (IPCC) confirmed this shared perception, predicting – once again – some concerning future scenarios which we are inevitably going to face, if we do not intervene urgently against global carbon emissions. In 2015, with the Paris Agreement, 196 states had committed to limit global warming to preferably 1.5 Celsius degrees.  Today, the latest IPCC report not only reaffirms that human activities are responsible for the rising temperature of our planet, but also warns that “[…] global warming is likely to reach 1.5°C between 2030 and 2052 if it continues to increase at the current rate.”

With COP26 just around the corner – and the UK holding the presidency this year – eyes are now pointed on Glasgow to drive forward global action on climate change.

Decarbonisation policies as a top priority

Among key policies for addressing climate change, decarbonisation remains the main priority for the future of our planet. Indeed, given that a sharp decline in CO2 emissions from advanced economies was observed in 2019, which is mainly attributed to the expanding role of renewable energy, we must not forget that the use of fossil fuels is still the primary factor for global carbon emissions – and for global warming itself. And as the modern society of industrialized economies cannot really imagine itself living without all the comforts provided through massive deployment of energy, many of us are rooting for a clean energy transition (and a net-zero future) to become reality.

In the European Union, the production and use of energy account for more than 75% of the EU’s greenhouse gas emissions and for this reason, the European Commission is focused on a European Green Deal which draws great attention to the clean energy transition. The EU is focused on promoting a strategy towards secure, sustainable and affordable energy supply, on the improvement of energy efficiency levels, and on the creation of a fully integrated market – these were top priorities also included in the post-Brexit UK-EU Trade and Cooperation Agreement.

However, as established by Art. 194 of the Treaty of the Functioning of the European Union, Member States have a degree of freedom in the implementation of their own energy strategies. Though, shaping policies at the state level can come with its own set of challenges, as the numerous stakeholders involved, and the political weight of voters must be faced at some point. Simply think about the case of Poland, where the coal industry employs about “100,000 heavily unionized and politically powerful workers”. In general, any country has to deal with essential internal policy needs, which may sometimes conflict with global and supranational policy priorities and limit their implementation at the national level.

For this very reason European funding opportunities are so important. Direct and indirect funding from the EU provides concrete support where innovative, sustainable solutions can grow. In the case of Interreg funding, allocated by the European Regional Development Fund (ERDF) through local governmental authorities, the resources that are distributed even have the function to serve as tools for fostering cooperation on specific territories, among different states. In this way, valuable ideas that can support EU’s priorities have the chance to be implemented accordingly to local needs and to be shared with neighbouring countries.

Did you know that heating and cooling in buildings and industry accounts for half of the EU’s energy consumption, making it the biggest energy end-use sector ahead of both transport and electricity? In the France (Channel) England programme area, two-thirds of energy is consumed by the residential and commercial sector and more than 80% of this is produced through non-renewable sources and/or carbon-emitting energy sources.

The Interreg France (Channel) England programme 2014-2020, which is financed by ERDF, has funded several projects with a focus on delivering innovation in the renewable energy sector for the benefit of the Channel area and beyond, helping both the UK and France advance in their national decarbonisation strategies through targeted, local actions.

A brilliant example is represented by SunPeople, a €500k micro project that has worked on tackling the most impactful source of CO2 in the EU and the UK (heating). SunPeople successfully tested an innovative solution in Plymouth (UK) and Lorient (France), to combine the use of solar technologies with heat pumps, to provide households with a fully decarbonised heat energy system for their homes.

To act on the cooling sector, which is expected to expand in the future due to the effects of climate change, Interreg FCE has funded EuroSwac, a €3.9M project that aims to adapt the existing Sea Water Air Conditioning (SWAC) technology – only used so far at a few sites in tropical areas and in the Mediterranean Sea – to the English Channel’s seawater. This technology will allow for the generation of cooling and air-conditioning for end users such as data centres, hospitals and supermarkets, and will contribute to cutting CO2 emissions, creating new green jobs and attracting investment to the area.

One of the FCE’s biggest ambitions for the Channel area is to ignite a successful tidal energy sector. Generated from huge turbines powered by tidal currents, energy from tides can be transformed into green electricity and power houses and commercial activities in the coastal area. TIGER – the biggest Interreg project ever funded (45 million euros) – is testing and developing this technology in the UK and France and aims to drive growth for tidal energy in Europe, with significant environmental and economic benefits for the Channel area.

Tidal Stream Energy is not new in the UK, where the world’s most powerful turbine was launched earlier this year, while the European Union is considered the frontrunner in R&D in ocean energy. However, the high costs of this technology have always been an obstacle to its development and commercialisation, globally. Making a cost-effective case for tidal energy is one crucial goal defined by TIGER, in line with EU’s latest strategy for marine renewable energy, which aims to foster the comparative advantage derived from European companies’ leadership in the sector. As reported by Francesco La Camera, Director-General at IRENA, European countries hold around 23% of all ocean energy patents globally. The Channel area, already home to a pioneering tidal power station located in Rance River (Brittany, France), will now host various new demonstration sites that may unveil game-changing information for the future of Tidal Stream Energy.

Finally, it is crucial that we do not limit our efforts to the development of green technologies, if we intend to reach carbon neutrality. While we make radical changes in the way we produce energy, we also need to care about the way we use it, pushing innovation in energy efficiency technologies and minimizing the amount of carbon emitted during the making of any human-made product or activity. For this reason, Interreg FCE supports diverse research projects that contribute to commercialisation of low-carbon technologies in various sectors.

One great example is represented by CobBauge, an Interreg FCE project which is bringing about a revolution in the building sector, through the modernisation of a traditional technique used for construction. CobBauge is developing new cob – an economical, insulating construction material made of earth, fibre and water – and is working to make it more environment-friendly and affordable. The project will create a new proof of concept for a much more sustainable building method, that is more energy efficient, scalable and replicable.

The path towards decarbonisation is not linear nor perfectly predictable, but it needs to advance quickly. As seen, in the Channel area Interreg funding opportunities are making a difference, providing concrete and immediate support for the generation of valuable ground-breaking solutions that may otherwise remain underfunded, and providing real contributions to a much-needed net-zero future.

All over Europe this approach is contributing to reaching Agenda 2030’s Sustainable Development Goals, working through cross-border partnerships and cooperation, and creating new knowledge for all. While providing a solid basis for boosting competitiveness for low-carbon technologies in the European market, to the benefits of the states involved.

However, after this reading, one should not conclude that national policies are no longer relevant. As highlighted during our recent interview with SunPeople's project partners,  state-level decisions over public expenditures and revenues can be crucial for local initiatives, as taxes or incentives planned for the energy sector have a significant impact on boosting take-up of renewable energy technologies. Not by chance, cutting emissions is the top goal set for the COP26 agenda, where we wish to see inspiring and substantial commitments at the global level.