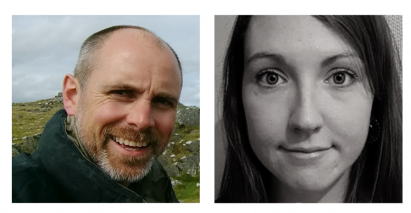 Payments for Ecosystem Services (PES) are voluntary approaches in which land managers are paid by the beneficiaries of the ecosystem services (i.e., water companies, touristic sites, etc.) to adopt more efficient farming methods for nutrient management.

These schemes contribute to a significant improvement of the ecological status of the river system and, at the same time, can protect farmers from losses to levels beyond those provided by current environmental regulations and policies.

Payments for Ecosystem Services (PES) are an interesting concept and, according to many, they are an effective method to preserve the natural environment. What is the logic behind PES schemes and why did you choose them to be at the core of your project?

Lucile: The logic behind Payments for Ecosystem Services (PES) is to finance virtuous practices in the agricultural environment that go beyond the regulations in force. These actions of an agricultural nature allow for the improvement and preservation of a range of environmental services, which might be linked to aims such as biodiversity preservation, carbon storage or improvements in water quality.

The latter is the main goal of the CPES project. The implementation of PES schemes allows us to work upstream on the preservation of water catchments, making efficient use of funding which are only distributed to land managers.

On your project website you mention that previous projects have demonstrated the viability of PES but have not tested their commercial sustainability. Could you explain more about this crucial aspect? Why does it matter and how are you addressing it?

Laurence: The Westcountry River Trust was Lead Partner for WATER project in the previous Interreg Programme. Back at that time the concept of Payments for Ecosystem Services, and therefore the idea of the market correcting for some of the problems we see in society, was still in its infancy.

There were some initial examples of that coming around in the mineral bottle water industry in France, where Vittel (Nestle Waters) funded a partnership with farmers in northern France to protect its water sources from the risk of nitrate contamination. We knew that the water quality market was one of the biggest opportunities and the most developed, and indeed it has now become common place for water companies in the UK to invest in catchment management through PES schemes. We also knew that there were going to be other actors interested in this new mechanism, thus we set about understanding the potential markets around that area.

The CPES project has not only looked at the sustainability of water quality markets and PES as a concept, but it also really allowed us to understand the main factors that can positively or negatively influence the market, for instance how easy it is to identify the benefits of the services that you are wanting to buy. Results may be relatively quick (this is the case for ecological improvements in surface water) or may not be felt for 20 or 30 years (as in ground water catchments).

Could you tell us about the wide range of stakeholders interested by project CPES’ actions? How are you managing to engage with them?

Lucile: It is true that the project involves a wide range of stakeholders. There are technicians, farmers and local people who come visit us because they are interested in our activities. The goal is, in fact, to improve their daily life, as they are also affected by the environmental problems we aim to prevent. The local aspect is of enormous importance. Of course, we are also connected with elected officials, who have solid relations with local stakeholders and are interested in preserving their territory.

At the Lac au Duc pilot site, where I work, relations with and among different actors involved are based on trust and responsibility. We put a lot of emphasis on these factors, which allow us to involve the various stakeholders in a process of co-creation of the project itself. This is a very interesting feature of the CPES project.

Have you found major differences between the British and the French implementation of PES schemes? Have you identified any good practice on one side of the Channel that you adopted in the other pilot sites?

Laurence: Both France and the UK share similar geographies, geologies and history. However, there are differences in things like land ownership and several tenancy barriers, which is an issue. However, a major, fundamental difference is the dominance of the charitable sector in the UK.

Organisations like ourselves (the Westcountry River Trust) play a major role in Payments for Ecosystem Services in the UK, acting as a sort of “middle broker”. We can work both with companies which are interested in PES and farmers, helping to reach deals between them.

In France charities do not have a similar role as those in the UK. Instead, you tend to work a lot through public organisations and the biggest buyer, the water company, is a public body as well. Within France, you operate through the “Agences de l’Eau” rather than with third sector charities groups. Both of these options are valid, and both have strengths and weaknesses.

In the UK we have quite a mixture of different charitable groups, thus there is not one similar platform for them all, whereas in France the “Agences de l’Eau” are operational everywhere. However, they are public bodies and are naturally bound by some cautions and regulations. In the early days of CPES a lot of attention was spent on issues like state aid and the implications of the Agences de l’Eau intervening in agricultural activities. The charitable does not face the same type of issues, as it does not belong to the public sector.

One of your project’s aims was to examine how to better integrate PES schemes into environmental policies and regulations that are currently in force at European and national level. How are you fostering this aspect?

Laurence: One of the things that none of us expected when we started the CPES project is Brexit to happen. Indeed, at the beginning all of us thought we would be working on Common Agricultural Policy (PAC) recommendations, but as soon as Brexit happened, we had to start diverging. The French side working on the CAP and us focusing more on the domestic replacement for CAP in the UK. These two agricultural policies are still very much aligned, and they are following in a similar direction of public money for public goods, which fits very well into the discussion, but this situation created a complexity that wasn’t there when we first started the project.

Lucile: Beyond national and European policies, our own ideas, both from the French and the English side, will be able to provide deliverables that can be used at the local level, which is crucial. Indeed, it is paramount that territorial features are taken into consideration when PES schemes are to be implemented. There will be political deliverables for the elected officials and more technical deliverables for local technicians to set up and implement PES schemes that are suitable for the considered territory.

What are the next steps for your project?

Laurence: The project is coming towards closure and a lot of the conversation is now focused on the future of PES and how we can develop them in the future.

The question now is whether we can identify other relevant markets, that may also add in into water quality, as they are still operational in the same area of land. Indeed, measures that enhance water quality also usually play a role in flood risk and drought management or carbon sequestration. Those markets are not as nearly as developed as the water quality market.
The carbon offsetting market is increasing in its potential, but there are still some big questions marks: who can buy into that, how much reduction do they have to do first before they’re allowed to offset, who can offset and how genuine is that? And if a water company is buying water quality improvements that also sequester carbon, who owns that carbon: is it the water company, is it the farmer? Can that be sold to someone else?

There are some big issues at the moment around the additionality of any payment, the longevity of any sort of measure that we are implementing, its conditionality – do we really know what we’re paying for? – and finally its legality: is it above the regulatory compliance or within that? Those four factors are really challenging how we can get multiple payments for ecosystem schemes working and I think this is where the future will lie.